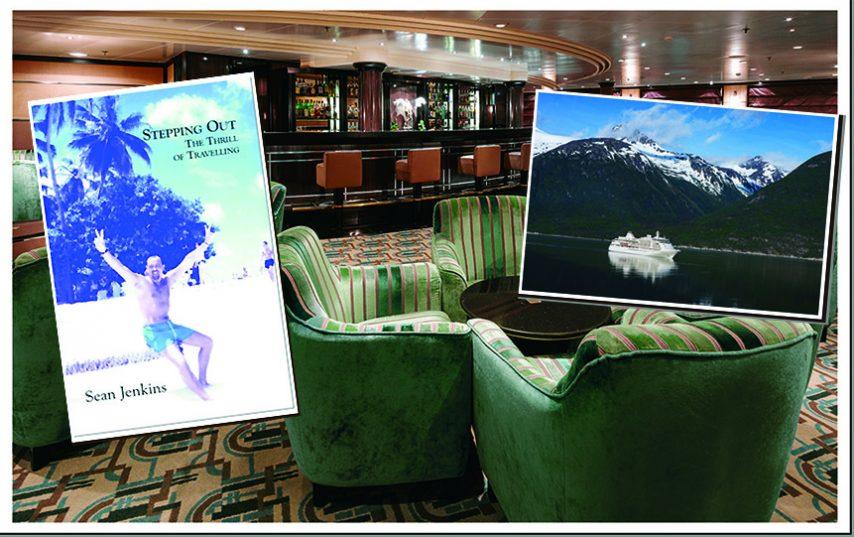 A bartender who can get the cosmopolitan right has clearly been around — and is just as clearly going places.

It started with a cosmopolitan, that concoction of vodka, Cointreau, cranberry and lime that few bartenders know how to shake up just right. For me at least. My cosmopolitan must be a specific pale pink—I should probably carry around a swatch of Pantone 670 to show bartenders so they don’t serve me a bright red, overly sweet version that makes me gag.

About 10 years ago, aboard Silver Whisper, I discovered the master of the cosmopolitan: Sean Jenkins, a young Englishman who was all-but hidden away in the teeny tiny Grappa Bar adjacent to the casino. I was Sean’s only customer that evening so as perfectly mixed cosmopolitans flowed, so too did our conversation.

In just a few short years, this guy had seen more of the world than I probably ever will and as he recounted some of his more eye-opening adventures, I jokingly told him he should write a book.

Sean, it turned out, did write, and he hoped his journal would someday inspire his nephews to see the world as he had. He offered to share a few of his pieces with me and before saying goodnight and weaving back to my suite, I handed him a business card and encouraged him to send some, not quite believing that he would. You know how these things go.

About seven years later, Sean surprised me. In my mail was a package return addressed Bath, UK. I opened it and discovered an autographed copy of Stepping Out by Sean Jenkins. The opening page included three dedications, the third being “I would also like to thank Judi Cuervo, a travel writer friend of mine from New York. She both inspired me and encouraged me to never give up on my ambition to see my own travels in print. I hope you’re still enjoying your cosmos!”

From discovering that his first contract would place him in Alaska instead of the palm tree–studded beaches of the Caribbean he expected, to jumping ship in Hong Kong when he blindly accepted a position aboard a rickety floating rust bucket filled with warring staff and vermin, to what the crew bar is really like, Stepping Out is an uncensored look at the young men and women who serve your drinks and dinner, and the zany experiences they can have — as long as they report for their shifts clean and, most important, sober.

I really wish I remembered the encouragement I gave Sean that boozy night at Grappa but, as I said, it started with a cosmopolitan and after a few of those it’s hard to remember anything.