A Day in the Life: Rick Sasso, MSC Cruises USA 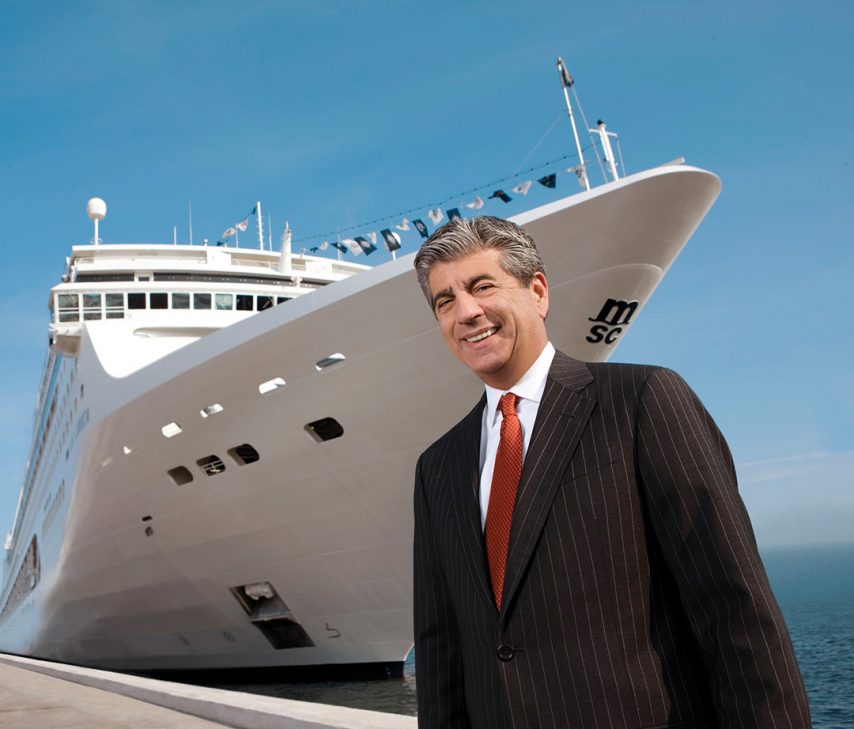 A Day in the Life of Rick Sasso

It’s still dark outside when Rick Sasso awakens, has breakfast, exercises, reads the paper, and readies for another day as president of MSC Cruises USA.

“It’s freaky but I wake up at 5 a.m. naturally,” he says. “The early tempo is very good as I’m available for our headquarters group in Geneva, Switzerland.” His boss, Gianni Onorato, the line’s CEO, is based there.

By 5:30 a.m., Sasso is zapping out emails and making phone calls. “I like to make sure everything is okay operationally, and getting up early means I can also get extra work done before most of North America wakes up,” he says. By 7:30 a.m. Sasso begins driving from his Delray Beach home to MSC’s North American headquarters in Fort Lauderdale, Florida.

Forty minutes later, he’s at his desk checking the previous day’s bookings and the status of activities scheduled for new product launches. “I don’t want anything to sit an extra day,” Sasso emphasizes. “Most of what we do is time sensitive and once the day is over we can’t get it back. My role is to execute.”
That’s no small task since MSC Cruises’ fleet growth rate jumped a mind-boggling 800 percent between 2004 and 2014. Twelve ships operate globally and, based on a $5.3 billion fleet expansion plan, capacity will double by 2022. Putting more North American guests on MSC’s ships is Sasso’s mission: “We’re building seven more ships and we don’t build them on a wish.”

Some mornings, he might schedule 30-minute, one-on-one employee meetings. More often, though, employees proactively saunter into his office to chat about a new proposal or issue. “I have an open-door policy where anyone can walk in and talk to me and have an interaction,” Sasso emphasizes. “They can do so at any time of day — whatever facilitates the execution.” There’s no need on Monday to wait until Thursday for a meeting.

Every weekday, Sasso’s team also heads out for a casual group lunch, typically fast food. “We say hello, how’s your family, and then jump into who needs something done and we facilitate that,” he says. “It’s a swift, efficient way to tackle complex tasks and challenges.” Staffers aren’t just focused on their own role or department, but also on fellow team members and the bigger picture. “Everyone has everyone else’s back,” Sasso proudly states. “It keeps us moving. There are no loose ends.”

He also talks to the Geneva headquarters team weekly via a conference call. Yes, it’s great to build gorgeous ships and create new onboard products, but Sasso acknowledges that “the real issue at the end of the day is ‘how many people sailed and how do we create more demand?’” Currently, the 3,502-passenger MSC Divina sails from Miami, but MSC is committed to North American expansion. In fact, the 4,140-passenger MSC Seaside, a new class of razzle-dazzle ship designed for warm weather sailings, will homeport in Miami….