A Day in Corozal: Your Guide to Visiting Belize 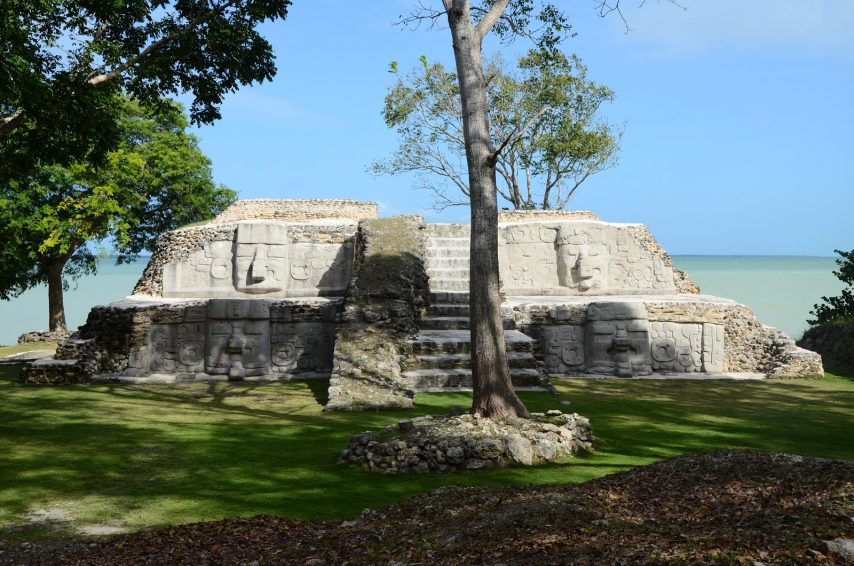 Corozal Town is the capital of the Corozal District in Northern Belize. Situated nine miles from the Mexican border and the city of Chetumal, the town is 84 miles north of Belize City. For many visitors to Belize, Corozal is off the beaten path which is regrettable because the area is rich in Mayan history and is a prime location for water sports and fishing.

Formerly a private estate, the area was settled in 1840 primarily with Mestizo immigrants from the Caste War of the Yucatan. The Mestizos are a people that are half Spanish and half Indian heritage. Corozal Town is believed to have been built on top of an ancient Mayan city known as Santa Rita.

The motto of Belize is ‘Go Slow’. That simply hints to the local belief of enjoying the natural beauty of Belize. There are many things to enjoy while in northern Belize.

For a first stop, visit the colorful mural at town hall. The mural is the work of Manual Villamor Reyes and depicts the history of Corozal District and Belize. It starts with Gonzalo Guerrero, a Spaniard, who was shipwrecked in the area. He was subsequently captured by the Maya. Eventually, he adopted the Mayan lifestyle and fell in love the daughter of the Mayan King Chan Kan. Their union produced the Mestizo race in Belize. When the Maya began to resist the Spanish, he became a noted military adviser. The mural continues the story through the time as a British colony through to their independence in 1981.

There are several important Mayan ruins in Belize. They tell the story of the people who once lived the area through the ancient temples which still remain.

· Cerros: Once a dominant Mayan coastal trading center, the site is a short trip across Corozal Bay and a drive through leafy green sugar cane fields. Set against the sea, the temples and buildings are a striking sight. Visitors can see the Mexican coastline in the distance and imagine the time when this was a vibrant town.

· Santa Rita: While still under restoration, this site is believed to be the first site in the country built by the Maya. It dates from 2000 to 1200 BCE. While it is a small site, there are still many things to see that give insight into the ancient Mayan way of life.

· Lamanai: This was an ancient Mayan city located in the dense jungle. Some parts of this site are still being excavated. Part of the journey to city is by boat along the New River. This gives visitors an opportunity to see many colorful birds and animals along the way. While at the site, you can wander through the many temples and structures of this once vibrant city. From the top of the High Temple, you will be able to see over the treetops to the water and understand why this was a prime Mayan city for trade.

The market in downtown Corozal Town is a joy to visitors and locals alike. Fruit and vegetable vendors offer a wide variety of local items. There are also stalls where you can get a quick lunch. Many visitors stock up on lush fruits and fruit juices to enjoy during their stay.

Go on A Picnic

Corozal Town has many scenic parks around its shoreline. Many of them have an almost resort-like feel. This makes them perfect for settling in and enjoying the water. On weekends, you’ll see many families with children doing the same.

At one time, the Belize coastline and many islands, such as Ambergris Caye, were populated with fishing villages. While many of these have turned toward tourism, Sartajena is still thriving. It is the largest fishing village in the country. It is also home to many boat builders. With pristine beaches, it’s a fun day trip for anyone who enjoys the sea and the culture that thrives on it. If you enjoy fishing, this is the place to be!

While not as well known as some of the southern regions, Corozal District and Corozal Town offer many rich experiences for those who want to see and understand Belize past and present. Travelers have the opportunity to learn about the ancient Maya and Mestizos while interacting with the modern descendants.