5 Things to Do in Cartagena 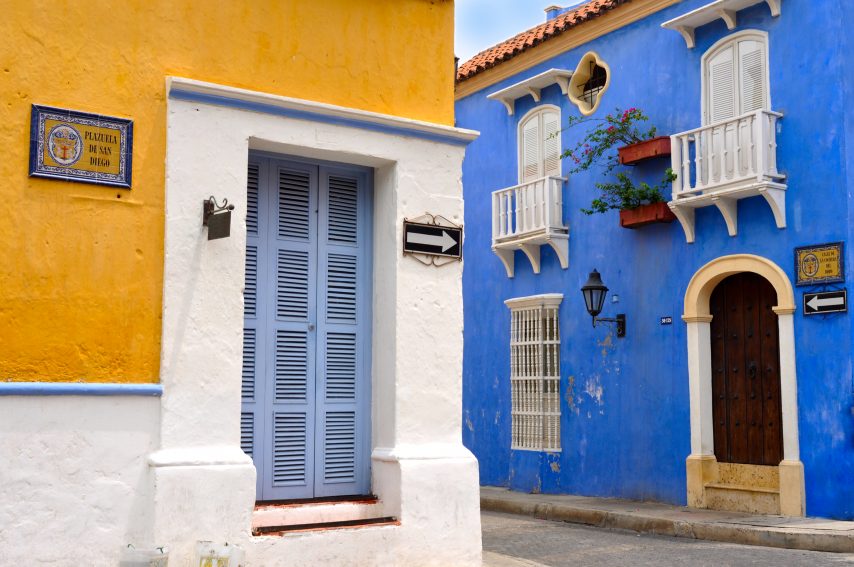 For nearly 500 years, Cartagena, Colombia has been a major port for cruisers and travelers alike. Founded by the Spanish in 1533, the city has a unique mix of old world history and modern amenities which make it an appealing vacation destination for all manner of cruiser and traveler. Whether you’re spending the week in the city or just stepping off a cruise ship in port for the day, there’s lots to explore in this vibrant city by the sea. From delicious empanadas to pristine beaches and stunning emerald jewelry, this city has something for everyone!

Here are the top five things you have to see in Cartagena!

As the centuries have passed, Cartagena has evolved into sprawling modern city with skyscrapers and trendy tourist sites. But one of the most popular spots for visitors is the old walled city. Originally built to help withstand attacks from pirates and foreign invaders, the old walled city of Cartagena is now the trendiest spot in the whole city with fabulous hotels, restaurants and shopping. Pay close attention to the colonial stone architecture, particularly the walls, as they’ve been standing for hundreds of years. The best way to explore this part of the city is on foot, with the evenings being particularly enchanting. 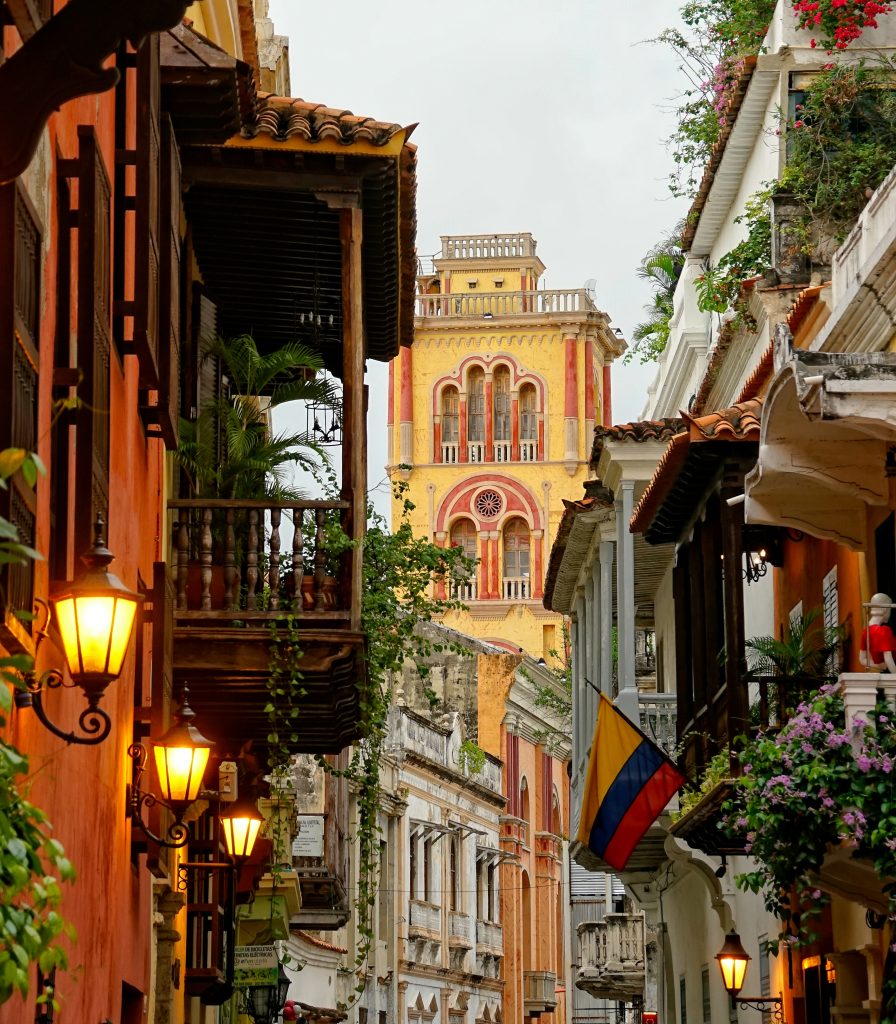 Colombia is known for having the world’s best emeralds and many of these precious gemstones are found for sale in Cartagena. Learning the history of the emerald and its effects on the local economy over the centuries is a fascinating way to spend an afternoon. Caribe Jewelry and Emerald Museum is one of the most reputable emerald providers in the city and along with selling the gemstones, they also operate an emerald history museum and jewelry making classes to visitors and locals alike. 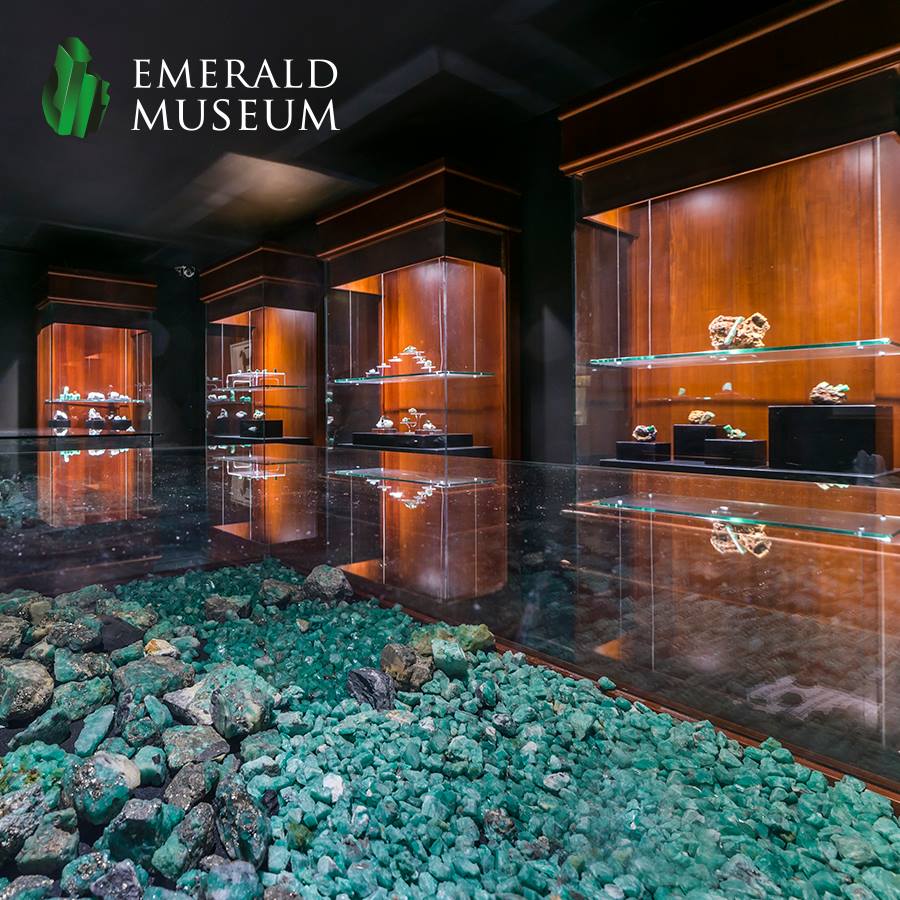 The museum offers guests the chance to step into a replica emerald mine and has a number of artifacts from when emeralds were used by the civilizations which preceded the Spanish colonists. The store and museum were founded more than 35 years ago and has been a family owned and operated business ever since. Visitors can actually watch the emerald jewelry makers at work as they craft emerald earrings, bracelets, rings, necklaces and more from 18k gold and sterling silver.

To the west of the Old Walled City lies another historical monument, Castillo de San Felipe de Barajas. This fortress was built on top of Hill of San Lázaro by the Spanish during the 1600s and enhanced in the 1700s to its current size. The top of the fortress offers 360 degree views of the city and surrounding region. Built on top of a hill, the fortress was never conquered by invading forces and that fact makes it one of the best known Spanish defense forts in all of South America. Really it’s a collection of smaller forts all connected by tunnels. That made the fortress easier to defend as invaders would have to breach one at a time.

You can take a tour of the fortress grounds, including some of its subterranean tunnels, given by both Spanish and English-speaking tour guides. The site is well preserved and guides point out specific places where cannons were mounted or hidden bunkers for soldiers.

If a relaxing day at the beach sounds like fun, then Playa Blanca is the place to go. This beach is south of the city and can be reached by boat or vehicle. It is well known in the area for its gorgeous turquoise waters and soft white sand, but be warned, the beach does fill up, particularly on the weekends. You’ll find local vendors selling a wide variety of products so its not a bad place to pick up a few souvenirs for your friends and family. The earlier you get there, the better!

Most visitors opt to join pre-arranged tours, but it’s not difficult to get to Playa Blanca chartering your own private transportation for a more intimate experience.

Colombia is known for its many culinary delicacies and in Cartagena, some of the best bites you can find are arepas and empanadas sold by street vendors all over the city. It may not be the healthiest fare, but wow is it delicious. Arepas are made from cornmeal and butter and often contains cheese or meat of some kind. They look a bit like a pancake and are a fantastic snack. Empanadas are a baked or fried pastry stuffed with meat and is most often eaten informally with the hands. They’re a staple of Colombian street food and are a must try for anyone visiting the amazing city of Colombia! 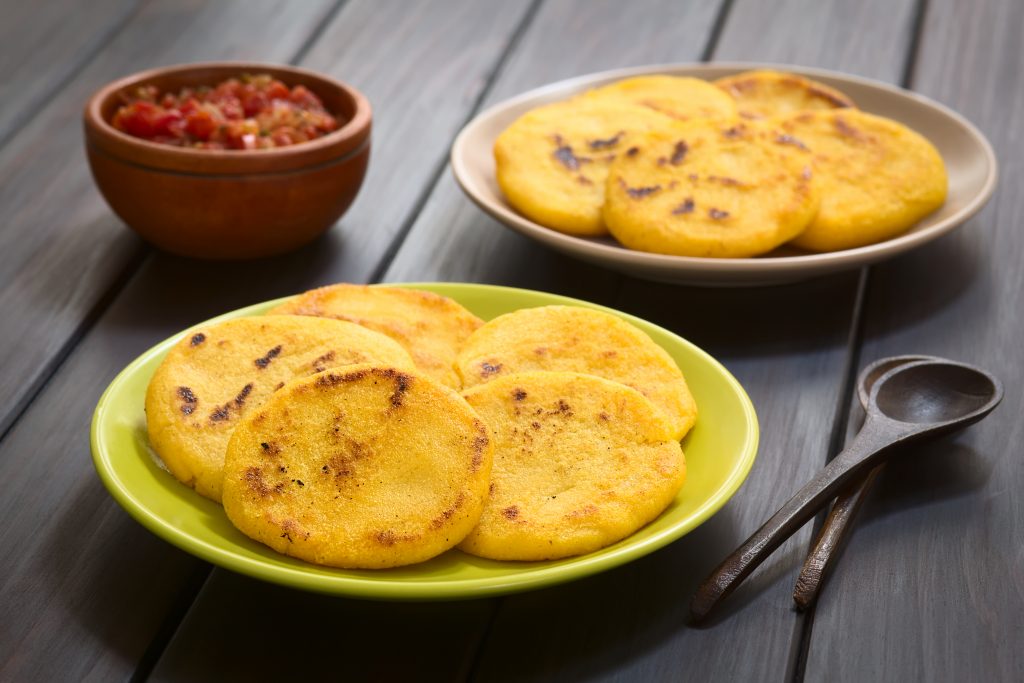 So, what are you going to do when you visit Cartagena? Let us know in the comments below!