What comes after a Royal wedding? A Royal Honeymoon! Here are the top spots for Meghan and Harry to go on a Royal getaway on the latest episode of Cruise Control! 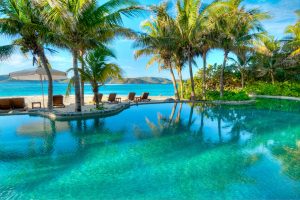 Sir Richard Branson knows a thing or two about royalty…after all, he is a Knight. Necker Island in the British Virgin Islands is a true paradise. Featuring a 10-bedroom Balinese-style villa with space for 30 people, it’s truly a private getaway fit for royalty. The island is a popular spot for weddings as well as honeymoons! 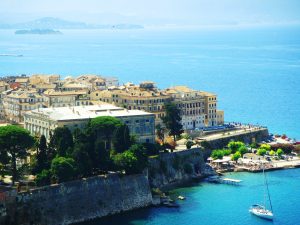 Prince Harry’s Grandfather, Prince Phillip Duke of Edinburgh, was born on the island of Corfu in Northwest Greece and it’s a fantastic spot for vacationing. It is complete with a rich history and spectacular beaches. This island has everything for adventurous newly-weds. We suggest a stay in the Delfino Blue Boutique Hotel

Meghan Markle began her acting career on the shores of Lake Michigan at Northwestern University in Chicago. It’s safe to say, without a passion for theater, the Royal couple may never have met in the first place. So we suggest a cultural trip to Chicago – dinner at local favorite Lawry’s The Prime Rib followed by a show at the historic Chicago Theater. 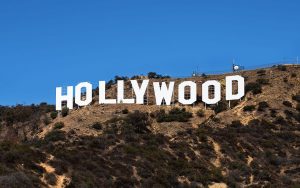 The newly married Duchess of Sussex was born and raised in Hollywood and her career as an actress launched her to new levels of stardom.  She could show her new husband a thing or two about being a star! We recommend the iconic Peninsula Beverly Hills, where Hollywood’s royalty come to stay.