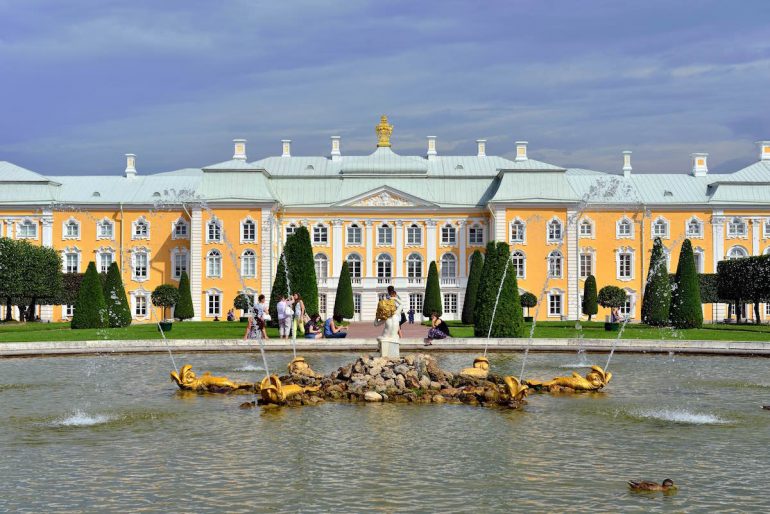 One of the highlights of any Baltic cruise is the ever-popular St. Petersburg, Russia. Envisioned and built from the virtual ground up by Peter the Great, this former capital holds a treasure trove of Russian history and culture.

A myriad of perfectly executed excursions capture glimpses into the timeless beauty of attractions unlike any other port of call. No one should miss an opportunity to explore this unique and fascinating city. Here are five favorite attractions for your Russian wish list.

The Fountains of Peterhof

The concept for these fountains was conceived by Peter the Great, and it’s considered to be one of Russia’s top attractions. The Grand Palace serves as a backdrop for the Grand Cascade, which is composed of 64 distinct fountains and more than 200 bronze statues and figures. The Lower Gardens offer leisurely strolls through park-like footpaths and feature several smaller fountains and pools. The Grand Palace, although impressive, does repeat the look and feel of Catherine’s Palace and The Hermitage and, considering limited time in port, skipping the inside portion of the tour should be considered. Reaching Peterhof by shore excursion is encouraged and can be done by coach or by hydrofoil from St. Petersburg.

Considered the quintessential destination in St. Petersburg, the State Hermitage Museum is a former winter palace of the emperors boasts more than 3 million pieces of art and artifacts. The distinctive light-emerald-green facade and white columns of the main building border the Neva River, which makes for exceptional views and convenient access. Optional visits to the Gold Room may be arranged in advance but, frankly, with so much to see spread out over six connected buildings, it seems superfluous to extend valuable time in port viewing this exhibit of extravagance. Long queues will likely be experienced in daytime tour options, but some cruise lines, such as Oceania Cruises, have designed exclusive after-hours tours complete with a Champagne welcome and private classical music concert.

Baby it’s gold inside! A walk through this opulent palace quickly contradicts preconceived notions of a grey, mundane Russian existence. Set in the beautiful suburb of Pushkin and surrounded by beautiful gardens and parks, the palace has been meticulously restored to its former glory after being severely damaged in WWII. Of all the palaces in St. Petersburg, this one recalls the grandiose passion for extravagance of Catherine the Great and subsequent rulers. Gold and gold leaf are displayed throughout the great halls and rooms of the palace. The grounds are no less beautiful with outlying buildings replicating the baroque style of the main buildings.

St. Isaac’s Cathedral and The Church of the Savior on Blood

St. Isaac’s Cathedral is the largest Orthodox basilica and the fourth-largest cathedral in the world. Adorned by 112 red-granite columns and a pink-and-grey stone facade, the cathedral is crowned by an impressive rotunda, accessible for those who want a bird’s-eye view of the city. The cathedral’s main dome rises upward to 333 feet and is plated in pure gold. Eye-popping paintings and incredible mosaics of the interior combine to make St. Isaac’s one of the most impressive religious attractions in the city. The smaller Church of the Savior on Blood is constructed on the precise spot where Emperor Alexander II was assassinated. The exterior features the iconic onion domes often associated with Russian Orthodox churches. Fascinating mosaics and icons make an interior visit as photo op–ready as the colorful exterior construction.

Mariinsky Theatre and Concert Hall … and dinner out

Visiting St. Petersburg in June or July provides extended hours of daylight, which goes well into the wee hours. Mariinsky Theatre and Concert Hall features brilliant ballet performances and musical concerts. Organized group tours are wonderful, but for pure independence, consider arranging a dinner in one of the chic restaurants springing up around town or a typical Russian meal in a local establishment. As cruise ship passengers are not allowed off the ship unless they have a local tour operator sponsoring their visitor visa, consider contacting a local agent such as Tour De Force, who will organize an evening out based on your wishes and will provide suggestions and local transport and guides.