5 Can’t Miss Spots for a Day Trip to Merida 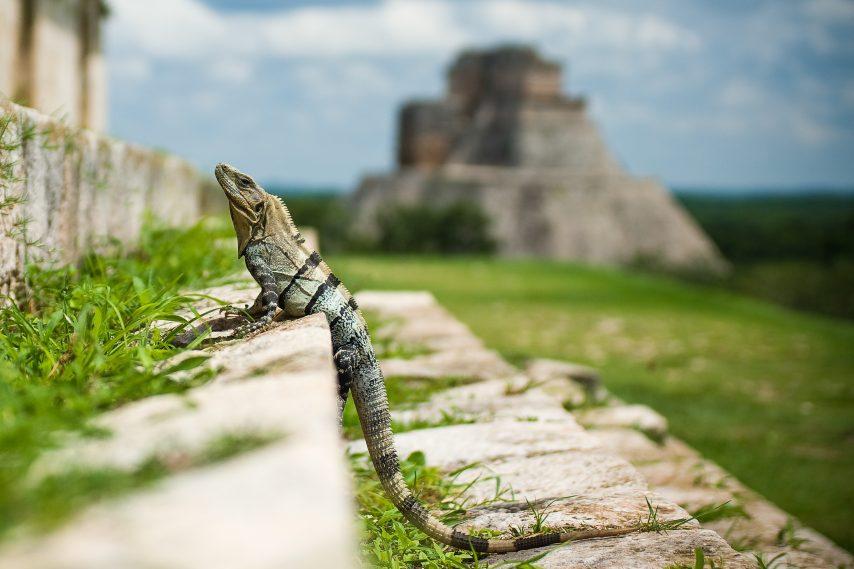 When you reach the Yucatec capital city of Merida, you may wonder if you are still in Mexico. Through the gift of geography, Merida retains the richness of its Mayan and Spanish history. It’s easy to see why this city is known as “La Ciudad Blanca” (White City) from the white stone used in the Spanish Colonial Architecture. Founded on January 6, 1542 on the remains of the ancient Mayan city of T’ho, historians believe it is the oldest continually occupied city in the Americas. Today, this city of a million people is an active, cultural and political hub of the Yucatan. While the population is 70% Mayan, the diverse mix of nationalities and cultural focus make it a vibrant, welcoming place. For day trips into the city, there are several things that shouldn’t be missed.

Merida has many plazas to relax in such as Parque de Anna and Parque de Santiago, however, Plaza Grande in Centro is the place to start a day’s enjoyment of the city. This large plaza is surrounded by shops, restaurants and museums in the center of the city. The plaza is dominated by the Cathedral de San Ildefonso. Built in the late 1500s, the cathedral is still an active religious hub. Around 8 pm on weekend evenings, a laser show on the side of the building tells the story of the city. Casa de Montejo is a free museum that allows visitors to glimpse into the life of the conquistadors who were important to the city’s development. On weekends, the plaza comes to life with many vendors selling food, textiles and goods. Shows featuring colorful dancers and comedians are held on the side of the plaza.

Merida was founded by three conquistadors named Montejo. At the end of the 19th century, many found wealth through the production of henequén, a sisal like product used to make many products like ropes and fabric. Their enormous wealth can be seen in the mansions that line Passeo de Montejo. This broad avenue can be strolled or take a horse drawn carriage to take in the sites. On the weekends, the streets are blocked to allow for people to enjoy tandem bikes.

No visit to the city is complete without a visit to a cantina. While not a bar, these were the places where men could relax. Now open to women, most cantinas retained their signature swinging doors. La Negrita Cantina, founded in 1917, is a popular cantina with salsa dancing. Go early because it becomes very busy in the late afternoon and evening. El Cardenal Cantina (established in 1915) is a warm, friendly place to have a beer and a snack with friends. Many evenings, guests enjoy live music indoor or outside under the stars and the trees. Many cantinas offer ‘botanas’ (snacks). These are free little plates of food to accompany your drink. The longer you stay, the higher quality the botanas get!

There are many souvenir shops in the Centro area of Merida. Most of them have inexpensive tchotchkes like magnets and shot glasses. For a truly local memory, stop by Artesania. This little shop specializes in craft items made by local artists and craftspeople. You will find a treasure piece to remember your time in the city and support local artisans.

The city offers many dining options to accommodate any desire. Yucatec food is unique in Mexico because of its strong Mayan roots. Expect to find snacks of panuchos and salbutes. For a fine dining option, consider La Recova, nestled in Parque de Santa Anna. With seating in the park, its an excellent opportunity to people watch, enjoy performers and a lovely steak dinner. For a more traditional meal with a neighborhood feel, head to Eladios. They offer a range of Yucatec dishes. Their platter of grilled chicken and pork, done in a variety of styles and seasonings, makes a memorable meal with friends while listening to local musicians.

Merida is a capital city that will leave a lasting impression in your heart. Its vibrancy, colors and culture make it a destination that people return too often. The generous, friendly nature of Mayans and Yucatecans makes everyone feel at home.

A. Celeste Sauls Marks lives in Merida, Yucatan, Mexico and San Pedro, Ambergris Caye, Belize with her husband and their papillon, Tallulah Exploring world cultures and meeting new friends are the driving force behind her every adventure.