Getting the Most From a Short Excursion to The City Beautiful 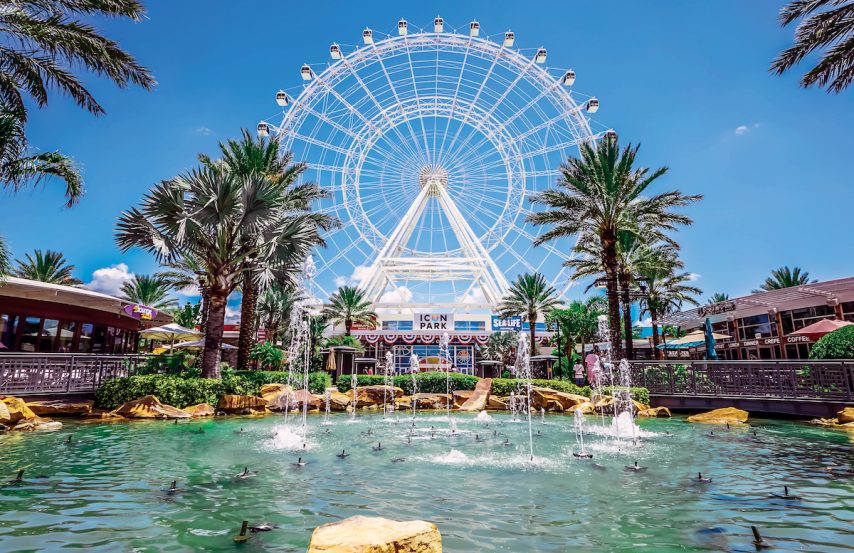 It’s easy to think of Orlando solely in terms of its world-famous theme parks. After all, they attract millions of visitors each year. But their reputation tends to overshadow Central Florida’s many other charms. Besides, you can’t always afford the luxury of taking a full-fledged, theme park vacation with all the trimmings. And sometimes, you don’t want to. Rather than sequester yourself in a fantasy world, sometimes you want to discover what the real city has to offer.

With the advent of Port Canaveral’s Terminal 3, more cruise ship passengers than ever will be passing through Central Florida. Some will continue their vacation there, while others will be catching a flight back home. But if you have a few days to spare, here’s some ways to make the most of a visit to Orlando and its surrounding areas, with five different missions in mind.

What to Eat in Orlando

If your itinerary doesn’t require you to make a beeline to Orlando, you should definitely choose a route that includes a visit to Dixie Crossroads. Dixie Crossroads offers a range of seafood, but is best known for its fresh shrimp — particularly the indigenous delicacy, rock shrimp.

Once you get to Orlando, foodies will want to locate another crossroads: Mills Ave. and S.R. 50, a district the city has dubbed “Mills 50.” In the 1970s, Vietnamese immigrants turned the intersection of these two traffic arteries into a vibrant commercial district and the epicenter of Vietnamese cuisine. For delicious, authentic meals in an unpretentious setting, both Pho 88 and Anh Hong are outstanding. In addition to numerous Vietnamese and Asian options, Mills 50’s other excellent choices include Tako Cheena, Black Bean Deli, and Dandelion Communitea Café.

Orlando’s thriving craft beer scene is especially concentrated just a little north of Mills 50. The Ten10 Brewing Company and the Thirsty Topher will satisfy even the most nerdy beer enthusiast. They’re both just steps away from each other and a number of other worthwhile watering holes — but for a great burger and pitcher of beer on a fan-cooled patio, you can’t beat the venerable Hideaway Lounge. You might even bar hop your way (on foot or bike share) to Will’s Pub for some live music.

Adjacent to Mills 50, Ivanhoe Village has its share of worthy restaurants and bars, many with a view of Lake Ivanhoe. The Imperial Wine Bar stands out for its exotic and tasteful decor — no surprise, considering that by day, it’s also the location of Washburn Imports furniture store. The trendy Milk District has Barley and Vine Biergarten, while Audubon Park’s Garden District has its own beer lover’s paradise, Redlight Redlight. Foodies who find themselves in Audubon Park should definitely check out the East End Market.

Located west of Orlando proper, Lee and Rick’s Oyster Bar will feel off the beaten path, but well worth the trip. Opened in 1950, this institution offers table seating and a variety of seafood items. But for the full Lee and Rick’s experience, belly up to the long concrete bar where your server will expertly shuck your order of raw or steamed oysters fresh from Florida’s Gulf Coast.

What to Do in Orlando

Like most of Florida, Orlando’s elevation is around 82 feet above sea level. This means that any bird’s-eye view will likely be from a man-made perch. That being the case, The Wheel at Icon Park provides the one of the most soaring vistas of Orlando you can get, unless you’re in a helicopter, balloon, or high-rise hotel.

See a more natural beauty by taking a short drive to one of Central Florida’s many springs. Wekiva River State Park is conveniently close to Orlando. Pack a picnic and lounge near the swimming area at the spring’s source. You can take a refreshing swim in the springs, or explore the river by canoe.

One of the most scenic experiences of Orlando can be found in the center of downtown, at Lake Eola Park. A paved walkway facilitates a pleasant stroll around the lake, whose iconic fountain provides a pretty light display at night. Sitting down at World of Beer affords a wonderful view of Lake Eola set against the Orlando skyline. And you can become part of this picture postcard by renting one of Lake Eola’s famous pedal-powered swan boats.

What to Experience in Orlando

If you’re looking for arts and culture, you can’t miss the spectacular Dr. Phillips Center for the Performing Arts in downtown Orlando. Completed in 2014, the facility hosts touring national acts and Broadway shows. It also presents performances by the renowned Orlando Ballet, Opera Orlando, and….

Excursion Immersion: Costa Rica is More Than a Surfcation With Travelia

River Cruising: Crystal Mahler and Me

For Shore: Two Sides to Hispaniola

Last Call: Make Mine a Vera Lynn — Aboard P&O Cruises.

Millennial River Cruise Simplicity of U by Uniworld

The Heart of Vietnam