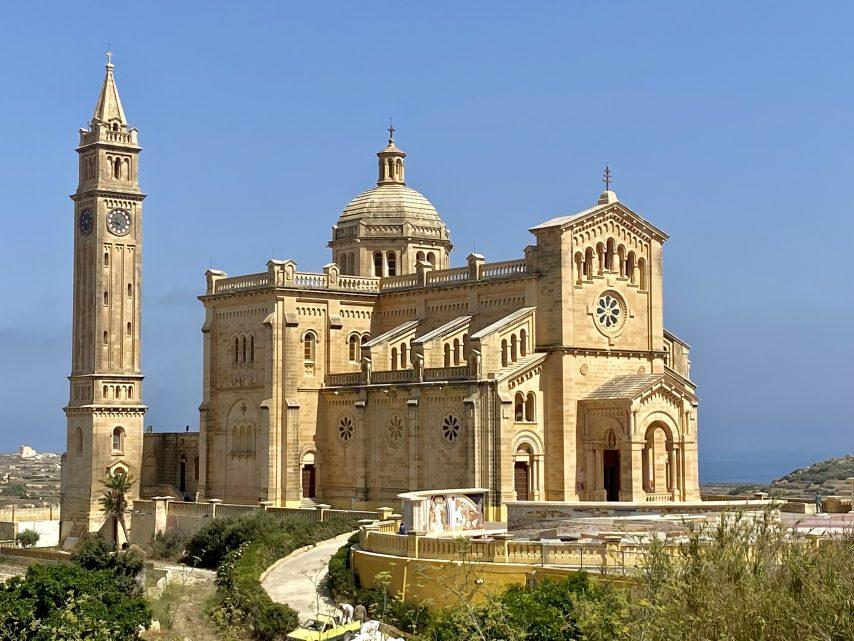 Malta has always been a popular port of call but with it becoming a new staging ground for cruising as a home port, I embarked on a mission to experience everything the southern Mediterranean island could provide as a pre or post cruise option.

Convenient flights to Malta are available from numerous European gateways and our flight from Rome was a quick one hour journey. First impressions mean a lot and a short drive to our hotel provided a fascinating preview of the days to come.

To use the words amazing, incredible and awesome seem inadequate in describing entry into the ancient city of Valletta. Massive limestone walls tower above the road and cathedral domes pierce the skyline as boats graciously slice through the naturally protected harbor. With only 2 days before our next cruise departure, reaching out to Visit Malta, the island’s official tourist entity garnered expert guidance on formulating an itinerary of sights and tastes.

The newly opened, centrally located Iniala Harbour House was chosen as the ultra luxury base of operations for a 48 hour reconnaissance of the Maltese Islands. The property is a designer’s showcase of imagination, spread over four former palace like residences. Spectacular balconied suites provide fascinating views of the harbor and the majestic Three Cities. Eclectic furnishings, a Michelin starred rooftop restaurant, spa and pool all complement its appealing boutique style. 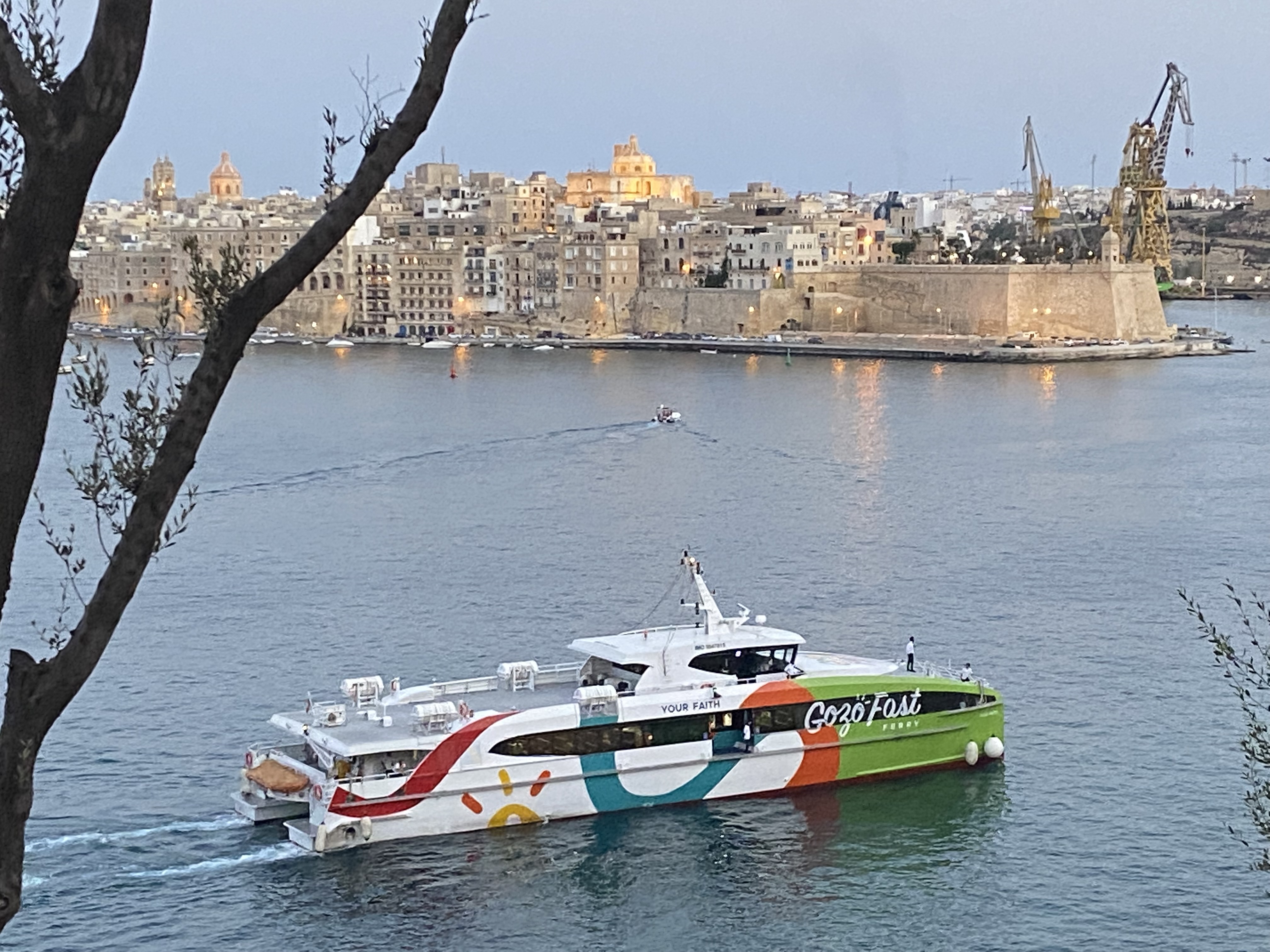 With a nightcap of Prosecco, a good night’s sleep and a delicious breakfast under our belts, we  took off on a whirlwind tour with Clive Cortis of Malta Private Guides, expertly condensing thousands of years of Maltese history into the ten minute walk to the Lower Barrack Gardens and the Mediterranean Conference Center. Don’t let the modern day name mislead you.  This massive facility was originally constructed in the 14th century as a hospital by the Order of St. John and was a perfect preamble to the day’s comprehensive experience.

Strolling up Republic Street, the ubiquitous Maltese balconies dominate the facades of typical buildings that line this dividing corridor of sights. Casa Rocca Piccola, a lived in museum belonging to the noble De Piro family is a look back into Maltese life and culture. The family’s descendants are gracious to share an impressive collection of antiques with a stroll through the palazzo. Descend underground through fascinating interconnecting tunnels used as bomb shelters during World War II.

Making your way upward along the street, you will arrive at the marvelous St. John’s Co-Cathedral.  Built between 1573-1577, the Cathedral was formerly the conventual church of the Order.  Although the exterior is modest, entry inside reveals treasure laden chapels, over 400 colorful and graphic marble tombstones that line the floor and vivid frescoes. Caravaggio’s masterpiece painting, the Beheading of St. John lies for viewing in the oratory.

Traveling out of the city by car takes you to the Blue Grotto, a naturally formed arch spanning over the blue seas of the Mediterranean with trips by boats venturing into seven caves. The seaside hamlet of Wied iz-Zurrieq is a great place to stop for a typical flatbread lunch to break up the day.

The ancient Hagar Qim and Mnajdra Temples stand on a remote hilltop overlooking the sea. Excavated in 1839, these pagan structures suggest construction approximately 3500 BC with several monolith stones still standing.

The Silent City of Mdina depicts a community of mixed architecture with private palaces displaying a resplendent baroque style and another section of the city set in bleak medieval darkness. During the time of the Knights of Malta, the city reigned as the island’s capital and a settlement of Imperial Rome. Today it’s fortified walls and charming alleyways make it an enchanting destination for visitors.

Evenings in Valetta offer a mixed bag of dining opportunities but we beat a retreat from the city center and venture out to the St.Julian area, a hub of activity, shops, nightlife and fine dining.  Taking advantage of its fabulous seafood menu, we chose dinner at Acqua, a stunning venue in the marina of Portomaso. The view of glamorous yachts in the harbour add to the jet set ambience and the exquisitely prepared seafood dishes make for a super evening on the town.

A quick 45 minute fast ferry ride to Gozo Island is an escape to a slower paced lifestyle, routinely enjoyed by Valletta locals. A day trip to the island exposes a different aspect of Maltese lifestyle and culture. Surrounded by the sea this 36 square mile speck of land in the southern Mediterranean is home to only 25,000 residents spread out over several villages.

Serving as the capital, Victoria (Rabat) is the largest of these settlements and is home to St. George’s Cathedral. The modest outside appearance is in stark contrast to the interior spectacle of brilliant gold embellishments and magnificent paintings that adorn the walls. The elaborate altar closely resembles the Bernini masterpiece in St. Peters in the Vatican.

A walk along the ramparts of the well maintained citadel provides a panoramic glimpse of terraced fields, tiny villages and the rooftops of Victoria. Walking the alleyways of the city is an opportunity to witness the Gozo lifestyle in action.

A short drive to the northern coast takes you to the dramatic cliffs Dwerjra Bay. With a lofty view from above, witness divers descending into the azure depths of the curiously positioned Blue Hole. The photogenic seascape of the Mediterranean Sea crashing into the massive cliffs is an indelible photo opportunity.

Sitting atop a hill overlooking the valleys of the island is the architectural masterpiece of Ta’ Pinu Sanctuary. What was and still is a pilgrimage center for believers, beautiful marble sculptures depicting the Way of the Cross line the adjacent hill.

Anything you do in Malta is a voyage back in time and Offbeat Malta Food Trails provides a tantalizing food history curtain call. Maltese cuisine is a blend of cultures and a three hour parade of tastings begins in the main square with a local Cisk beer and traditional pastizzi, a filled pastry with either ricotta, curried peas or possibly meat. Our well versed host, Nick provides fascinating narrative on tradition, architecture and history as we walk the alleyways to a backstreet restaurant that is a local institution amongst locals where a generous bowl of Aljotta awaits. This traditional Maltese seafood soup is stewed with fish, onions, garlic, tomatoes and herb seasonings then strained and added to rice. Although the serving is a meal in itself, there is another venue to experience and we are off to the Kings Own Band Club where a heaping platter of olives, cheeses and ham has been prepared. This only serves as the opening act to the main attraction, a surprisingly delicious portion of slow roasted rabbit is served, a prime example of the French influence. 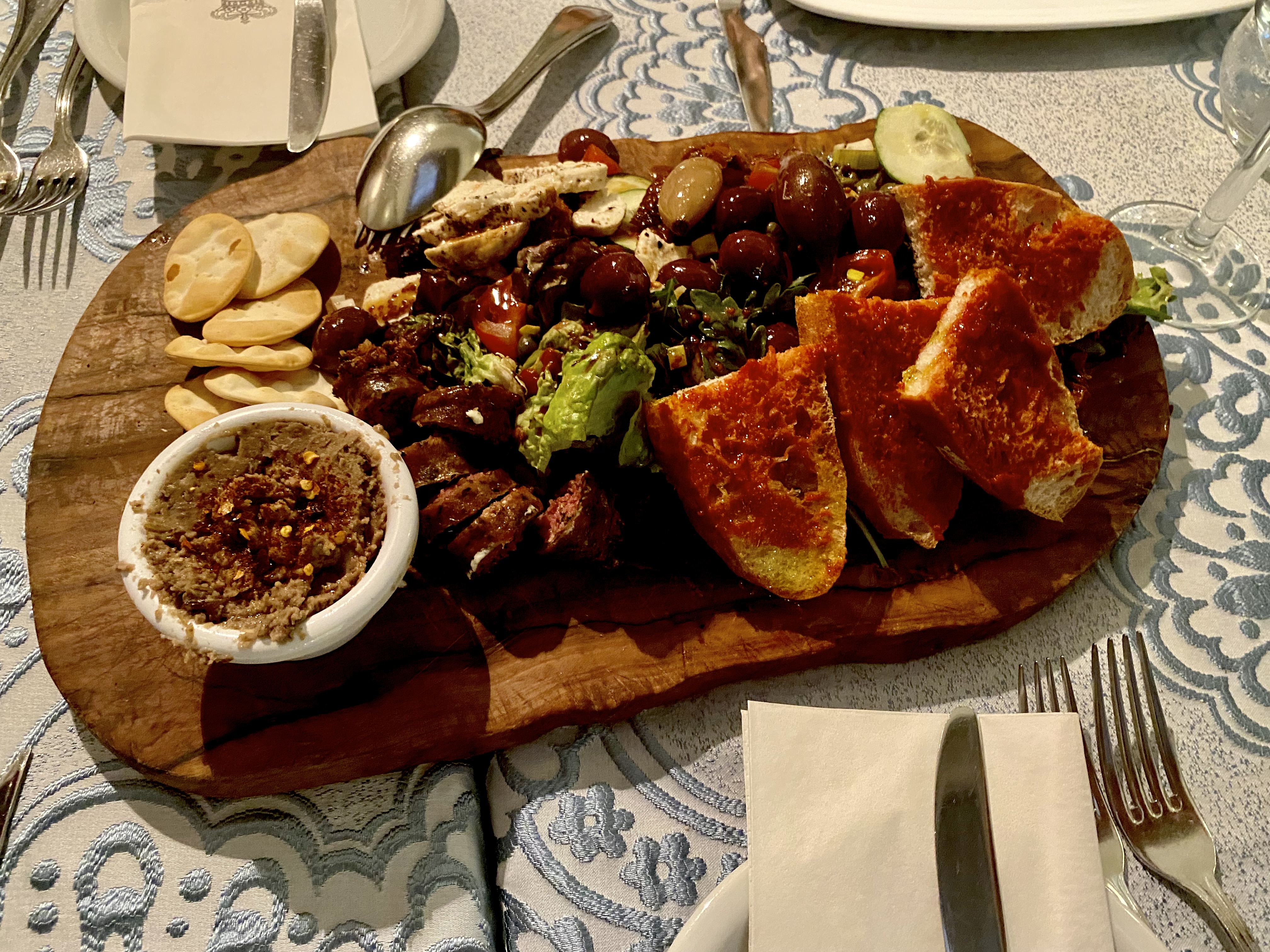 The evening is capped off with an array of sweet temptations at the elegant rooftop setting of the private Civil Service Sports Club. Although the rooftop is exclusive to our tour and members, the lower level Gracy’s Brasserie is open to guests. It’s a big night living up to high expectations but all good things come to an end. Condensing 7000 years of history into 48 hours is a daunting mission but validates a reason to stay longer or plan a return to Malta. We’ll be back.