2017 BACARDÍ Legacy Cruise Competition Bartender of the Year Is Announced 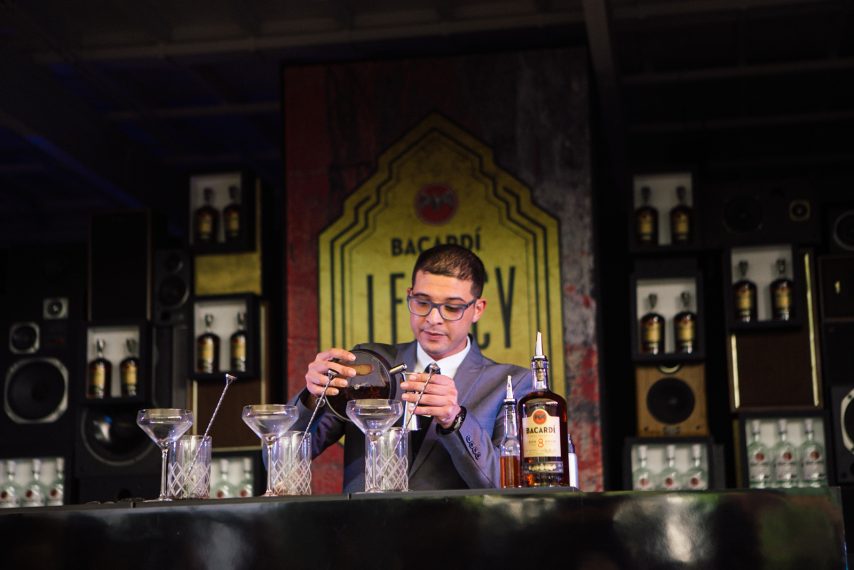 2017 BACARDÍ Legacy Cruise Competition Bartender of the Year Is Announced

Beating competition from more than 2,500 entries across 13 cruise lines, Wade Cleophas from Norwegian Cruise Line has won the title of 2017 BACARDÍ Legacy Cruise Competition Bartender of the Year. The finals took place this week in Miami during a live competition judged by a panel of experts from the drinks industry.

Wade’s winning creation, Legend Reviver, was inspired by classic cocktails with spices reminiscent of traveling to exotic places. It features BACARDÍ OCHO (8) ANOS, mixed with star anise infused sweet vermouth, caramel/cinnamon syrup with drops of whisky barrel aged bitters, and finished with a mist of Absinthe and a garnish resembling the sails of a merchant ship and the wings of the BACARDÍ bat.

“Wade is a perfect example of the acceleration of standards in cruise ship bartending over recent years and he truly deserves his place on the world stage,” said Zachary Sulkes, International Key Account Manager (Cruise), Bacardi Global Travel Retail. “He cleverly connected [the cocktail] to his own personal story of traveling from port to port to find new ingredients to enhance the key ingredient of BACARDÍ OCHO (8) ANOS.

The BACARDÍ Legacy Global Cocktail Competition is a global search to find a cocktail that can stand the test of time to become a true BACARDÍ classic. A key element of the competition was the requirement for finalists to promote their cocktail around the world. In the three months that Wade was promoting Legend Reviver, Norwegian sold almost 2,000 serves.

Wade and his creation will now go on to the global finals of the BACARDÍ Legacy Global Cocktail Competition in Berlin in May.