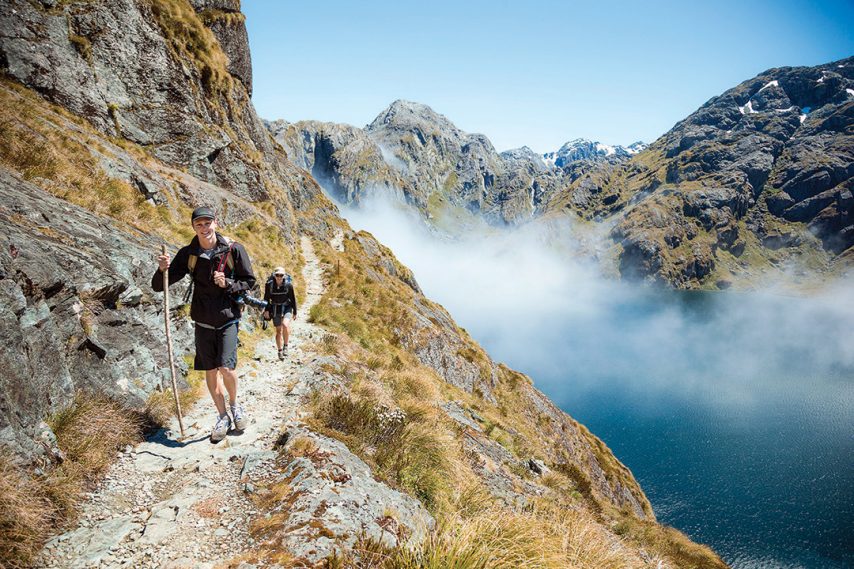 Plunge into the natural wonders of this island nation — from penguins to pinot noir.

For many people, New Zealand burst into global awareness when its almost mythical landscapes were used as the setting for the legendary The Lord of The Rings films. More than a decade later, this mysterious appeal has endured, in part due to the country’s isolation at the distant southern end of the globe. Home to approximately 4 million people (affectionately known as Kiwis, after a native flightless bird) and more than 30 million sheep, New Zealand is divided between the North Island and South Island.

A circumnavigation of both halves will reveal impossibly green coastlines and a countryside brimming with unusual flora and fauna, next to excellent wineries, beaches, misty fjords and forests, and hot mud springs that bubble like cauldrons. Venture out of the cities, as lovely as they are, to see the best of this down-under delight, starting with these top five suggestions.

The Lord of The Rings films were shot in locations across both of New Zealand’s islands. One of the most accessible sites is Hobbiton, home of Bilbo and Frodo Baggins, in the peaceful Shire of Middle Earth. Following the success of the first trilogy and the subsequent filming of The Hobbit trilogy, the set has been restored and transformed into a permanent attraction. An hour’s drive from Tauranga, the bucolic landscape selected by director Peter Jackson remains as flawless and enchanting as it appeared on the big screen. Stand under the party tree, peer into the hobbit holes, and drink an ale at The Green Dragon Inn. This is no tacky tourist trap — the adorable dwellings and colorful gardens.…