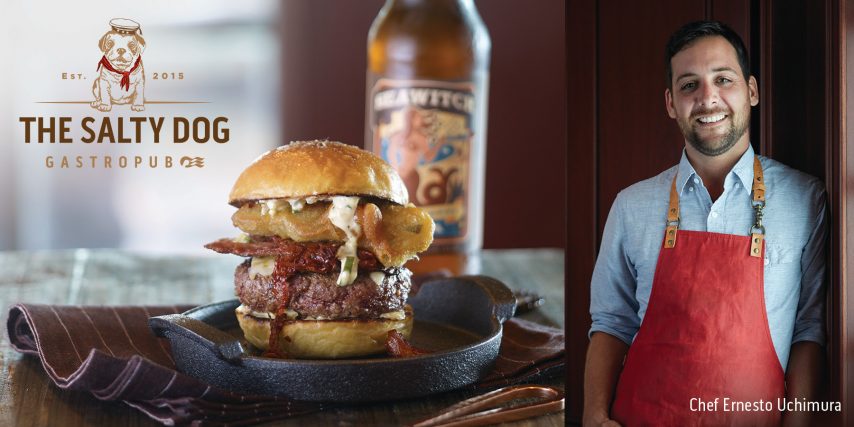 Princess Cruises is pairing gourmet small dishes inspired by pub favorites with craft beers, cocktails, and wines with the debut of The Salty Dog Gastropub. Menu offerings were developed in collaboration with Ernesto Uchimura, former executive chef of Umami Burger and current chef of Plan Check Kitchen + Bar in Los Angeles, who was recently awarded “Chef of the Year: The Comfort Master,” from Los Angeles Magazine.

“A gastropub at sea is an innovative concept and it inspired me to get creative in the galley,” said Chef Uchimura. “The Salty Dog Gastropub’s menu will not only satisfy comfort food cravings but also offer guests new pub food flavors and tastes perfectly paired with a craft beer or fine whiskey.”

Another new addition in the Wheelhouse Bar is an expansive international whiskey bar menu that features some of the best Scotch whiskeys, American Bourbons, and international whiskeys from countries including Japan, Ireland, and Australia. The menu offers daily whiskey flights that allow guests to taste and compare selections around the world.