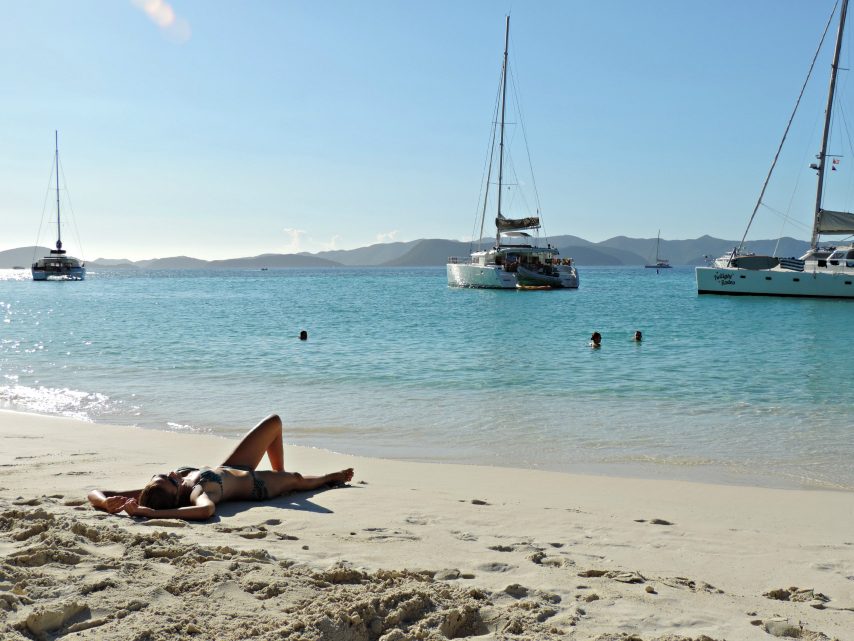 One little paradise can make an early wake-up call worth the pain.

Unless you own a private yacht or have cruised aboard tiny vessels like SeaDream Yacht Club’s, chances are you’ve missed this little speck of paradise and its uncrowded, pristine beaches and clear, aqua-blue waters.

It was an “Oh my God!” moment during my recent Norwegian Gem sailing when I spotted a shore excursion to Jost van Dyke hidden among the offerings in our tour description booklet. Limited to 100 participants, the tour would depart upon our arrival at Tortola at 7 a.m. Okay, nothing’s perfect.

This early-morning departure sucked for a variety of reasons, the worst being the 6 a.m. wake-up call that I needed. And I don’t know about you, but at that ungodly hour, the last thing I’m in the mood for is a hearty breakfast, which wouldn’t ordinarily be a problem except that no visit to Jost van Dyke is complete without a visit to the Soggy Dollar, a shabby, nondescript bar that has earned a global reputation for creating the painkiller, a lethal libation that is a delicious combination of dark rum, cream of coconut, and orange and pineapple juices, topped with a generous sprinkle of nutmeg that resembles the powder-soft sand that surrounds the bar.

As soon as my watch shows a respectable hour — I’m thinking 11 a.m. — I’ll be ordering my first painkiller. And on a stomach filled only with a few gulps of coffee and half of a bran muffin, this simply can’t end well.

To while away the time, I’m basking in the sun beneath a cloudless sky and slipping into the crystal waters of Jost van Dyke. As I wade, schools of fish are darting past like a rush-hour crowd running for the 5:40 at Grand Central. Somehow the fish aren’t grossing me out — they’re small and sleek and create what feels like my own private segment of a Discovery Channel program.

With the little hand on the 11 and the big hand on 12, it’s painkiller time. I approach the bar to find that many of my shipmates have a different — and much earlier — definition of what constitutes a respectable drinking hour. The bartender is whipping up four painkillers at a time, struggling to keep up with demand. Nutmeg is falling like a blizzard from his grater as he garnishes all four drinks simultaneously.

It’s baffling how a drink called the painkiller could have been invented in a place as idyllic as Jost van Dyke. On this beautiful island, the only pain I can imagine comes when it’s time to leave.