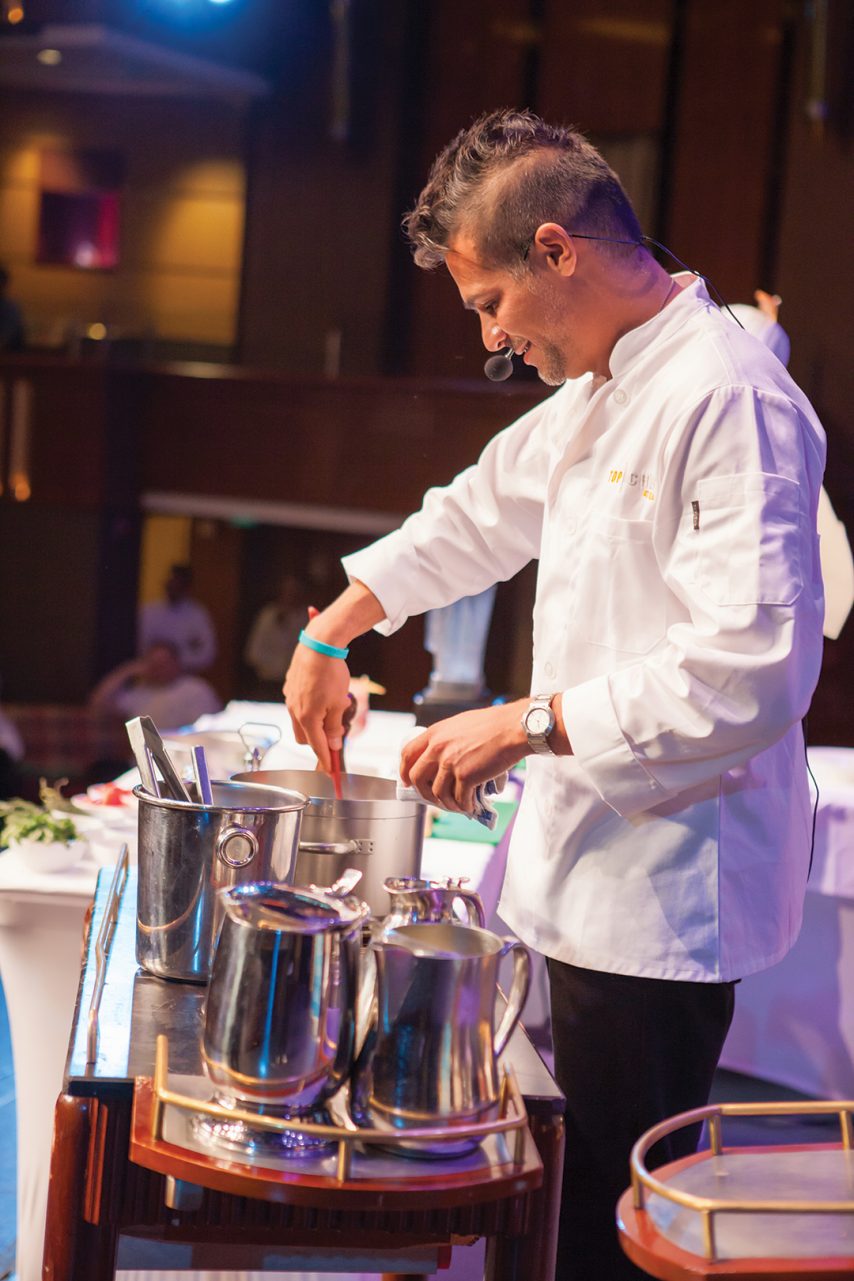 Chef Angelo Sosa tried to pull my white chef’s hat over my eyes.
The chef/owner of the Michelin-recommended Añejo in New York, and former contestant on the TV show Top Chef, was coaching a two-person team competing in a Quickfire Challenge — the action aboard a show-themed cruise on Celebrity Summit. I was on an opposing team — coached by another former show contestant, Chef Spike Mendelsohn, of the expanding burger chain Good Stuff Eatery.
Angelo did not like that we were winning.
The contest was an expansion of Celebrity Cruises’ relationship with the reality show, which began when 2012’s Top Chef: Seattle was filmed aboard Celebrity Infinity and Celebrity Millennium in Alaska.
In the episode, the chef’testants are seen toasting with umbrella drinks on deck, cooking in the ship’s galleys (including in an iceberg lettuce challenge), and happily dining along with show judges in the specialty restaurant Qsine.
The cruise line jumped at the opportunity to further affiliate with the popular show. Last year there were four Top Chef theme cruises featuring show chef’testants, and more are expected this year.
To give all passengers a taste of the experience, the line also added a passenger-participation Quickfire Challenge as a fleetwide activity, mimicking the contest on the show (on regular cruises the ship’s executive chefs serve as coaches). There’s also a Top Chef menu night once each cruise in the main restaurant, which features dishes created on the show.
On the sold-out Celebrity Summit cruise from Bayonne, New Jersey, to Bermuda, plenty of show fans were among vacationers and several hundred packed into the ship’s theater to see ….