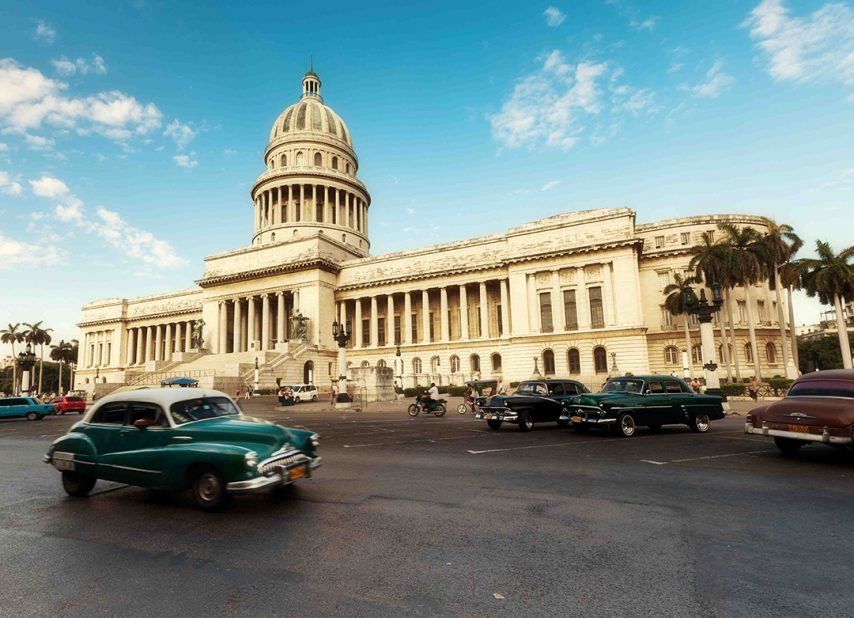 In a landmark day for cruising, several major cruise companies have announced approval to cruise to Cuba.

Norwegian Cruise Line Holdings Ltd. announced that it has received approval from the government of the Republic of Cuba to operate cruises to Cuba. Beginning March 2017, all three of the company’s brands — Norwegian Cruise Line, Oceania Cruises, and Regent Seven Seas Cruises — will offer U.S. travelers the opportunity to visit the culturally and historically rich country. The voyages will provide guests with a once-in-a-lifetime opportunity to discover the rich culture, history, and natural beauty of Cuba, as well as the hospitality of its people.

The company’s first cruise to Cuba will set sail from PortMiami on Oceania Cruises’ Marina on March 7, 2017, with select Caribbean itineraries featuring calls on Havana, including many multiple-day calls to allow guests plenty of time to explore Havana and its environs. Regent Seven Seas Cruises’ Seven Seas Mariner will call on Havana during two cruises in April 2017. Norwegian Sky will also offer a selection of four-day voyages that will overnight in Havana in May 2017.

“We are tremendously excited to have all three of our award-winning brands receive approval from the Cuban authorities to offer cruises to Cuba from the United States,” said Frank Del Rio, president and chief executive officer of Norwegian Cruise Line Holdings Ltd. “As a Cuban-American and founder of Oceania Cruises, I am incredibly proud that one of Oceania’s vessels will be our company’s first to sail to Cuba. This is truly a dream come true for me, and I cannot wait for our loyal guests to experience the sights and sounds of my hometown of Havana and get to know its rich culture and its warm and welcoming residents.”

Guests sailing on all three brands will have a selection of shore excursions to choose from, all of which offer an authentic Cuban experience that explores the people, art, history, and culture of the island.

In addition, Royal Caribbean Cruises Ltd. today announced that the Cuban government has granted approval for the company to begin cruises to Cuba on two of its lines: Royal Caribbean International and Azamara Club Cruises.

“Our guests have expressed real interest in having the opportunity to experience Cuba, and we look forward to bringing them there,” said Richard D. Fain, chairman and chief executive officer of Royal Caribbean Cruises Ltd. “Our discussions with our travel partners indicate that Cuba is a destination that appeals to a new generation of travelers.”

Empress of the Seas will departing Miami on April 19, 2017, for a 5-night sailing that visits Havana. The ship will then reposition to Tampa, offering two itineraries with calls to Havana on April 30 (7-night sailing) and May 20 (5-night sailing).

These cruises will provide guests with travel directly to Cuba for the purpose of providing people-to-people exchanges between guests and Cuban citizens and other travel permitted by current U.S. regulations.

Also, Pearl Seas Cruises was granted permission to begin cruising to Cuba from Florida in January 2017. The line is offering a 10-night cruise scheduled to depart Fort Lauderdale on January 17, 2017, and circumnavigate the island, stopping in Havana, Cienfuegos, Trinidad, and Santiago de Cuba.