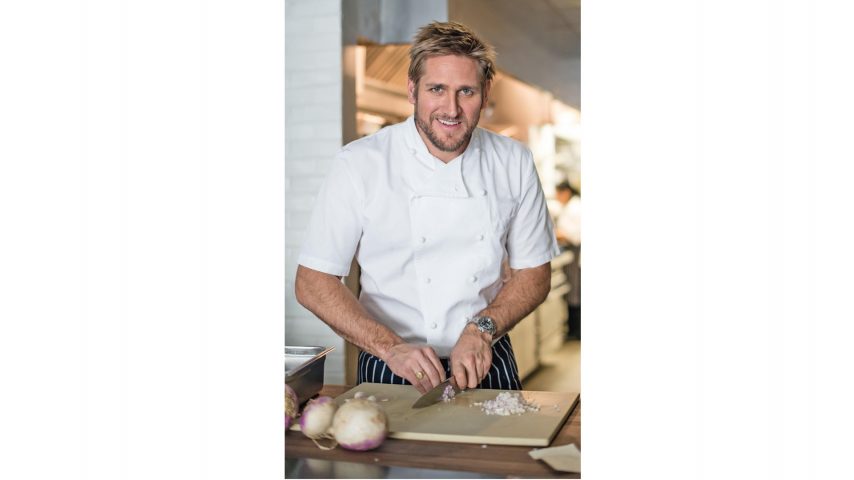 Chef Stone began his cooking career at the age of 18 in his homeland of Australia and later honed his skills at Michelin-starred restaurants in London. He has appeared on a number of top-rated cooking programs, most recently starring as a mentor on Food Network’s All-Star Academy and is host of the Network’s brand-new show Beach Eats (premiering August 12). His first solo restaurant, Maude, opened to rave reviews in Beverly Hills, California, in 2014. Curtis is also a New York Times bestselling author, having written six cookbooks, his most recent Good Food, Good Life.

Here’s what you can expect on board:

“Chef Stone believes that great meals bring people together to create lifelong memories, much like travel,” said Jan Swartz, president of Princess Cruises. “This partnership will appeal to Princess guests around the world, and most certainly to those enjoying Australia-based cruises since Chef Stone hails from Oz and is incredibly popular in his homeland.”

“Just the word ‘cruise’ puts me in my favorite mood — relaxed,” said Chef Stone. “Since I travel often, I know that discovering delicious food and sharing a great meal can create some of the most memorable moments and I’ve designed my restaurants with this in mind. It’s important to me that guests have the experience that I would want and food that I’d be thrilled to eat myself, at sea, or anywhere else in the world,” added Stone.

Further program details including menu items, the specialty restaurant’s name and concept, and the complete roll out schedule will be announced shortly. In the meantime, visit www.princess.com/curtis-stone.