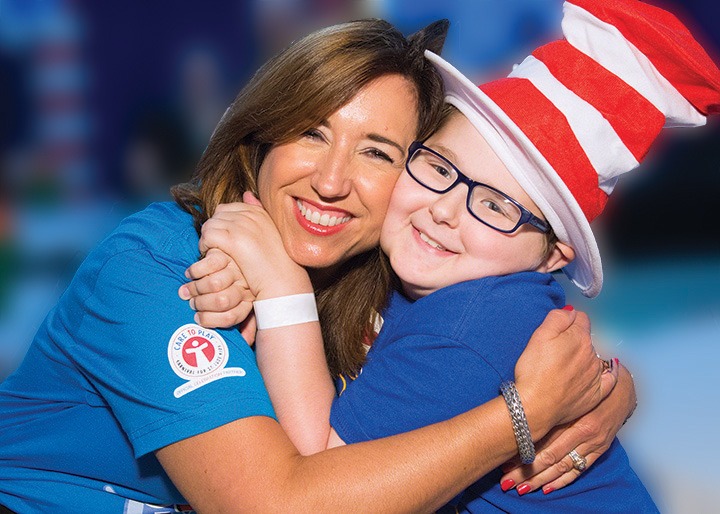 After reaching its $5 million fundraising goal for St. Jude Children’s Research Hospital, Carnival Cruise Line has announced an additional $10 million goal by 2020, while continuing its role as the hospital’s Official Celebration Partner.

The announcement was made by Carnival president Christine Duffy at the hospital in Memphis, Tennessee, during the cruise line’s third annual Day of Play, which this year featured a variety of Dr. Seuss–themed activities for patients and their families. At the event, Carnival officials presented the hospital with an oversized check for $5 million, representing the funds raised for St. Jude over the past two years, a full two years ahead of schedule. Carnival has raised a total of $8 million for the hospital since the start of their partnership in 2010.

St. Jude Children’s Research Hospital is leading the way the world understands, treats and defeats childhood cancer and other life-threatening diseases. Unlike any other hospital, the majority of funding for St. Jude comes from individual contributions and families never receive a bill from St. Jude for treatment, travel, housing, or food.

Modeled after Carnival’s popular fleetwide Seuss at Sea program, the “Dr. Seuss on the Loose” Day of Play transformed a pavilion at the hospital into a Dr. Seuss–themed play area. Highlights included the Seuss-a-Palooza Parade and Story Time featuring a spirited reading of The Cat in the Hat, along with face painting, beanbag toss, a photo booth, arts and crafts, dancing, and other activities. Dr. Seuss–inspired snacks and treats, along with a variety of giveaways, were also included, as was a replica of a Dr. Seuss Bookville family reading venue modeled after a similar facility aboard Carnival Freedom and the upcoming Carnival Vista, which is set to debut in May 2016.

In addition to serving as the Official Celebration Partner of St. Jude, the cruise line conducts a variety of Care to Play: Carnival for St. Jude Kids shipboard fundraising activities throughout the year including a dance activity called Groove for St. Jude and the Beary Cuddly program where kids can make their own stuffed animal with proceeds benefiting the hospital. Additionally, when guests purchase a designated bakery item from the line’s onboard shops or prior to their cruise on Carnival’s website, Carnival donates a portion of each item sold to the hospital.