Caribbean Cruising Gets Cool – and Hot!

Viking’s spa is a Star attraction 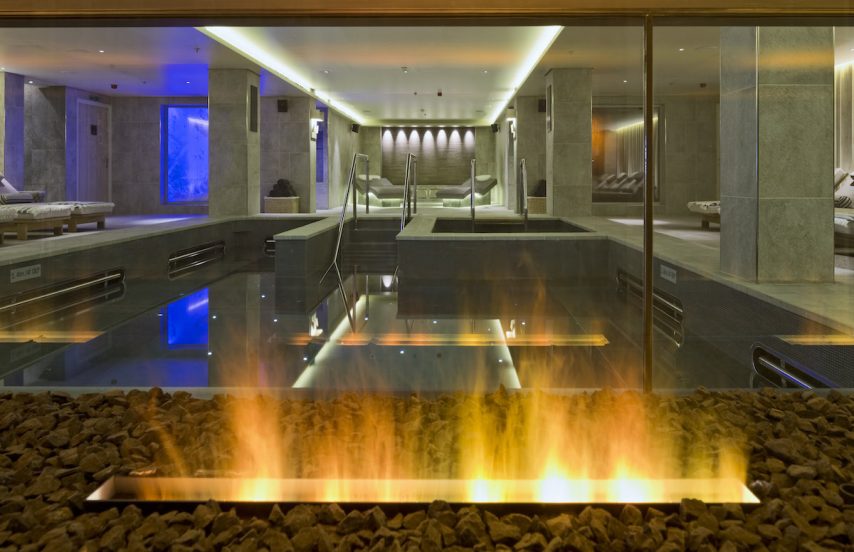 I don’t want to be scrubbed with grated coconut or have my body wrapped in banana leaves. The tinkle of chimes doesn’t help me achieve well-being and I sure don’t want to dunk my feet in a tank and let hundreds of hungry little fish nibble the dead skin off my heels. I have no idea where my chakra is and if I haven’t found it by now, I figure I really don’t need it.

And yet somehow, after just a few visits to Viking Star’s thermal suite, I have been transformed into a spa girl. It’s just a matter of time before you’ll find me laying on a table with mud on my face and cucumber slices on my eyes being all “mindful” and stuff.

Joining the spa contingent at my age can be sort of overwhelming but an hypnotic faux fireplace lured me down the corridor and into the guts of the sweetly-scented Viking Star LivNordic Spa thermal suite during my recent 11-day Caribbean cruise. (Well, that and the fact that the thermal suite is free.) Before me were bubbling pools, large and small, secret little chambers, heated tile lounge chairs and the most awesome shower ever with jets shooting out from all angles, a wide rain shower head and a strong concentrated center stream that could give you a concussion.

I want that thing in my bathroom at home.

The spa lockers really floated my boat. Ducking into the women’s changing room to squeeze into my Miraclesuit, I found a wall of them, each operated by my cabin key and stocked with a bathrobe, a towel, rubber slippers and — get this — a little packet of panties to change into after soaking, steaming and chilling yourself like a shrimp cocktail. Seriously! No other ship has given me panties … and while they’re not a pair of Wacoal Embrace bikinis, they sure stand up to washing.

But I was really there for fire and ice, that centuries old Nordic ritual that plops you into a molten-hot steam room for about 10 minutes (15 if, like me, you’re stuck in there with a man who won’t stop talking about his dysfunctional family) before you swing over to the pore-closing 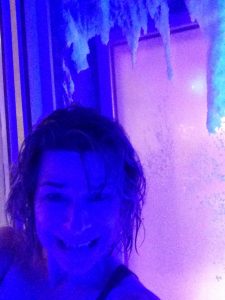 snow grotto which is what Vermont in February would resemble if it was condensed into a 10×10-foot enclosure with a door: bone-numbing temperatures, falling snow and piles of the stuff heaped on benches all under an eerie blue glow.

After a couple of newbie mistakes (do NOT go into the snow grotto barefoot — owwwww! — there’s a reason why those rubber slippers are in the locker, and always put a towel down on the snow-covered bench before sitting down in a swimsuit), I got the hang of it and returned day after day, always leaving refreshed and rejuvenated.