CEO Kevin Sheehan: Above the Rim 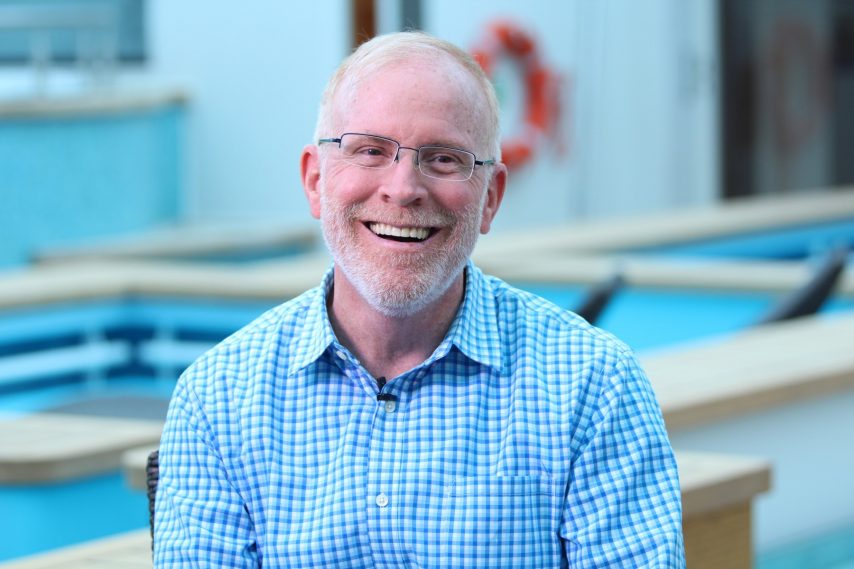 Cruise CEO Kevin Sheehan is as familiar with ports of call as he is with points in the paint.

Mention traveling to Kevin Sheehan — CEO and president of Norwegian Cruise Line — and you’ll have to forgive him if his mind turns to penalty calls for not dribbling instead of the glory of a transoceanic cruise.

Simply put, Sheehan doesn’t just have a passion for cruising. He also has basketball on the brain — especially this time of year. That’s because this cruise executive is also a former collegiate player who’s been playing ball since he learned the times tables.

“I’d love to see the Carnival guys challenge us Norwegian guys to a game,” says the 59-year old Sheehan. “It would be a lot of fun.”

If it ever happens — and if Norwegian wins — Sheehan knows what he wants, and it’s not a free cruise. “I’m envious of the great seats those guys have at Heat games,” Sheehan says. “I’m a Knicks fan, but I’d love to be watching games from that vantage point.”

Sheehan’s bond with basketball started at age 8 when he played for his elementary-school team in Queens. “I loved it from the beginning,” he says. “My position was ‘back court’ — there wasn’t a distinction between point guard and shooting guard in those days.” He stuck with the sport through high school and played for New York City’s Hunter College.

“We played all the local schools like Fordham, CCNY, Manhattan, and Stony Brook,” he recalls. “We didn’t have all the perks that today’s college teams enjoy. We went to games in school buses. But I had good success and it fueled my love of the game.” Sheehan kept playing after college in various leagues, at gyms, and in weekend pickup games — and still plays when he can squeeze it in between his duties as a father of two and CEO of a major cruise line.